What are the Resourcing Benefits of Outsourcing Architectural CAD Drafting Services? 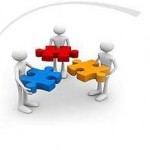 When did people become Resources?

In offices, would be our guess! Decades ago, as industrialization led to corporatization, ‘guys’ had moved to ‘factory workers’, and the office workers were the ‘white collared workers’. Over the years they became ‘staff’ (as opposed to Boss), evolved to personnel. Over the years, management, complexity and the need to motivate people, personnel were now Managers, Assistant Managers, CAD Technicians, Customer Care Executives, Business Analysts and many more.  A further egalitarian and motivational thought viewed these ‘staff’ as ‘Human Assets or Resources’.

In the context of architectural CAD drafting services, these ‘resources’ were broadly:

We pay dollars, we get work. What’s this about ‘Resourcing Benefits’?

The fee paid to an architectural CAD drafting services firm gets justified by the work delivered.  In that context, these benefits, categorized as ‘resourcing’, are actually a bonus:

Up scaling: Apart from the critical mass that an architect’s studio size needs, a project may need an increase in staff that a seasoned architect knows will not be permanent.  And any increase in headcount over 30% involves major costs in:

Hence, tapping the resources of an architectural CAD drafting services firm, apart from giving freedom from all these concerns above, also gives the benefit of being able to upscale in a very short period of time

Hiring an architectural CAD drafting services firm spares the architect the economic, emotional and legal troubles that go with downsizing

Understood. So Outsourcing helps the firm. Does it help the staff in any way?

Interesting question! Our next Blog looks at exactly this: Does the staff benefit from Architectural CAD Drafting Services?