Outsourcing Architectural CAD Drafting Services- do we lose the benefits when we do it in-house? 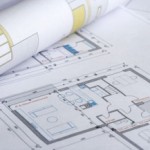 In our previous blog we looked at the benefits to the employees of the company that outsources a service, in this case, architectural CAD drafting services. Prior to that, we had been to the much visited lands of benefits and challenges of outsourcing from the client’s point of you.

Going a step further, we actually enter the realm of a basic and often emotional question: Why Outsource?

This blog questions whether the staff would have the same benefits if the services were performed in-house. 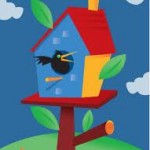 The root of the answer to this lies in defining ‘time’ a little better. It means different things for different professionals, in different situations. Taking an example from sport, a sprinter would always be interested in how less time he takes to complete his race. An endurance athlete trains himself by ‘time on the feet’ and the more the better the training.

Similarly, for a designer, the best time to design is that free of interruptions. Having your worker next to you makes you (such is human nature) give your instructions in bits and pieces, and be available to field queries all the time.

When you outsource, you spend dedicated time on writing down and printing your instructions, planning for at least a day’s work for your drafter. You also set aside separate time for fielding queries. Plus, all the instructions, questions and answers are documented. No more of “Hey, Al what was that again?” or “On God, didn’t I tell you it was the Fourth Floor we had to demolish?”

It has been found that managing a mixed class of white collars can add a financial burden in performing a balancing act:

Being a boss can be really satisfying. I still remember one of my managers boasting to the other: “I have a team of 13 drafters now.  You still at 7?”

Sounds good for a drafting supervisor, project manager or, perhaps any line manager. A designer, however, is none of these. A designer works his guts out at design school to create the best designs. The milieu of managing people can dilute into either a designer’s core being. Or worse, make him a late night worker where the designing happens after the staff has left. As a habit, that eats into one’s personal life, which definitely mars the satisfaction that comes from a holistically balanced life.

Picking up from the previous point, an in-house drafting team reporting to you opens a new career area of people management, which, while feels great, is not what the designer trained for, and, therefore, cannot expect great career development in!

The key point here is not really about outsourcing. One could insource architectural CAD drafting services, and find the same benefits, too. The question here is of proximity to the work force and their dilution of a designer’s creative output.

While this writer is no authority on the Outsourcing industry and its origins, but one can say with confidence, that outsourcing in AEC began with segregating the architectural CAD drafting services as function within the organization. The tools that made outsourcing to another country came in much later.

This historical aspect, with future recommendations is being discussed in an ensuing series of articles.