The AEC Associates Architectural CAD Services need to take into account each of the factors impacting the choice of materials to ensure that the end result is nothing less than spectacular. Wood has been a favorite building material for designers since the times immemorial, and even in the 21st century it is loved just as much by the architectural CAD services. 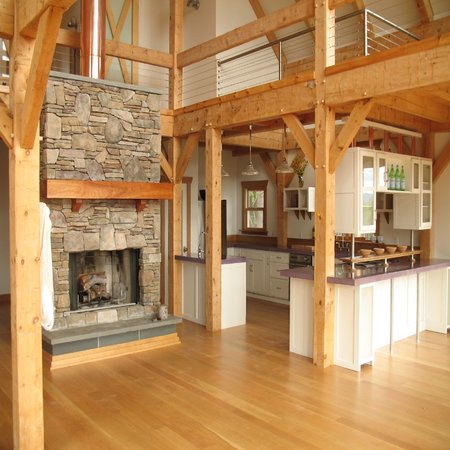 Wood is a very versatile material that is readily available in most parts of the world. It is renewable and sustainable, most attractive and easy to carve, solid and yet lighter weight than most other building materials. Man used it to build temporary and permanent shelters according to need and convenience.

As various tools were invented and used, man was able to experiment more with wood. The wonderful material that was available in abundance was used by each successive civilization to produce spectacular architecture and build sprawling cities. Wooden columns, beams, truss, and even walls and roofs were built with amazing skill and finesse. Even when stone and other building materials became common, influence of earlier wood architecture was evident on them. The columns of the Greek temples, which are actually stylized marble trees, are a glowing example.

Wood remained a favorite material with several European, American and Asian countries as a building material till only a few centuries back. Its use was limited,however, because of the problem of widespread fires that destroyed several medieval cities in European and American continents.

Use in modern architecture:

Wood is still used by The AEC Associates Architectural CAD services. Technology has enabled the designers to make wood more fire and termite resistant, and it is now used to produce aesthetically beautiful and functionally superior permanent buildings. It is now also possible to produce wood architecture that is very green and is environment friendly.

Wood is still used very extensively in both building structures as well as for interiors. Technology makes it possible to bent, carve and shape wood to most modern of designs,thus it has remained a favorite with the Architectural CAD drafting services across the globe.