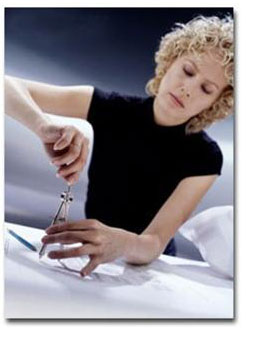 As the urbanization became a regular feature during the late nineteenth century and land became dearer and dearer, designers thought it prudent to design structures that rose vertically rather than spread horizontally, and gradually the skyscrapers became the norm. Skyscrapers needed complex steel structural frames to resist the enormous shear forces, and massive concrete foundations, mainly piers, piles or caissons, to support the huge gravitational loads exerted by the structures above. The columns and beams, the load bearing shear wallsor the cross-bracings, the non-load bearing curtain walls, the joining members like mullions and muntins, and the different services make the high-rise buildings a challenge for the architectural CAD drafting services. The modern CAD softwares have been a great help to the designers and have made the task of playing with different forms and structural options much easier and more interesting. Designing a complex bundle-tube system would be nearly impossible without the aid ofCAD software. A high-rise structure like a skyscraper has countless design elements and designers often found only at the last moment or during the construction stage that certain elements did not fit, or were in conflict with each other. The architectural CAD drafting services can now easily notice such conflicting elements during the design process itself as 3D CAD solid models offer lifelike views of the structure and such anomalies can be rectified much before it is too late.