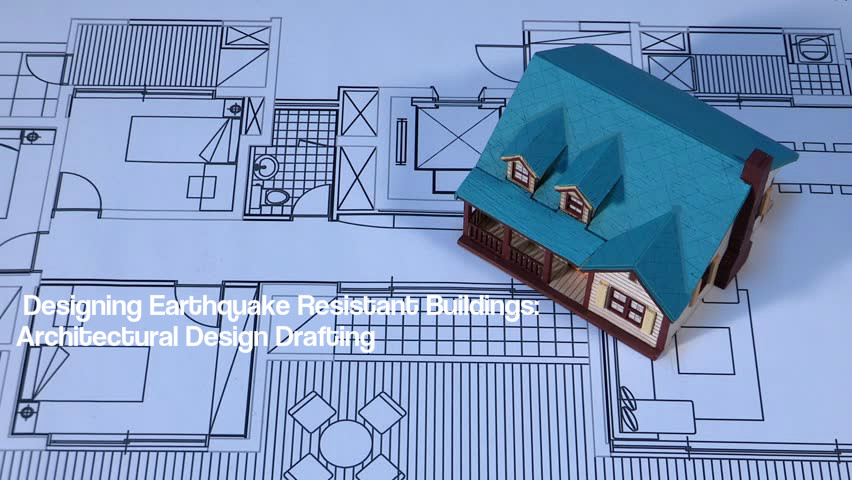 It is very important for The AEC Associates Architectural Design Drafting services to make their structures earthquake resistant, especially in the areas that are prone to strong earthquakes. These earthquakes can cause massive destruction and a great loss of money and human lives if the buildings are unable to stand up to the tremors; and this is where Architectural design drafting can play their part by planning and constructing more earthquake resistant buildings. As we mentioned earlier, the shape, size, and geometry of the structure along with the load bearing structures transferring the earthquake forces to the ground determine the building’s behavior during these tremors. We discussed how the height to base size ratio of a building influences its behavior, and that simple plans negotiate more efficiently with earthquake forces. The discussion is continued here.

Even if the structure designed by Architectural design drafting has a simple plan, the building will tend to twist during earthquake shaking if columns/ walls are not distributed equally in the plan. The best performing buildings during this natural calamity are those that follow a grid pattern while placing columns or walls.

One fundamental principle in making your structure safe during an earthquake is that the earthquake forces developed at different floor levels need to be brought down along the height to the ground through the shortest path possible. Any deviations or discontinuities in this path will result in building’s poor performance. A building where the upper floors are wider than the lower ones is likely to experience greater forces on the level of discontinuity.

Another major factor to be considered at the city planning level is the proximity of adjacent buildings. Two buildings, too close to each other, are likely to pound into each other during a strong tremor. When buildings are taller, this could be even more of a problem. When one of the buildings is taller, the shorter one may collide at the mid-height of the other, making it even more dangerous.

Architectural design drafting shoulders the responsibility of providing buildings that perform well under extreme conditions like strong earthquakes. This can be achieved by considering a few elements that are vital for the building’s performance under such circumstances.