Orientation of a building according to the passage of sun across the sky is an important aspect of the building design that holds a great significance for The AEC Associates CAD design and drafting services. A building is a small but integral part of its immediate environment, CAD design and drafting services can ensure through correct building orientation that it derives the maximum out of its natural settings.

The position of sun is peculiar in the sense that it’s never static, it constantly changes with the time of day, time of year, and latitude of any specific site. The knowledge of the sun paths for any site helps the architect to design a building façade that lets the light and solar heat in required amounts. This in turn helps reduce glare and overheating to the building interiors.

Proper orientation of a building is most vital, it saves precious resources. The phenomenon assumes even greater significance today with the energy resources becoming scarcer by the day. If a building is orientated properly, the building facade can maximize day lighting that reduces the need for artificial lighting, saving energy resources and electricity bills at the same time. CAD drafting services can also plan the facades and shades according to sun and wind orientation to reduce heating or cooling requirements of the building.

Earlier the passage of the sun had to be plotted with the available sunpaths for the specific latitudes when computer software’s were not used for the purpose. Now advanced CAD programs are used by 3D CAD design services to set up models in any global locations and simulate sunpath across a building. This helps the architects immensely in determining the ideal orientation for their buildings. The importance of this modeling can be understood from the fact that while the buildings in the northern hemisphere mostly require the light and heat of the sun to be admitted into the building interior, it’s exactly the opposite in the southern hemisphere where it’s vital to block the sun. This means that buildings in the northern hemisphere have maximum openings on the south side, while the south side in the buildings in the southern hemisphere have as little openings as possible.

The extremities of season have to be considered by CAD design and drafting services, be it the high summer or the depth of winter, to ensure that the inhabitants have the best of every season. Building orientation is nothing but the mitigation and protection of sunlight in buildings and manipulating the solar heat according to specific needs of the inhabitants to make living as comfortable as possible. Fast depleting energy resources make it mandatory that designers make the buildings as green as possible to minimize the use of these resources. 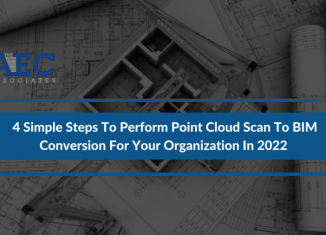 Jun 14, 2022
Firms offering point cloud scan to BIM conversion services provide you with a detailed and accurate representation of the existing condition of a building,...