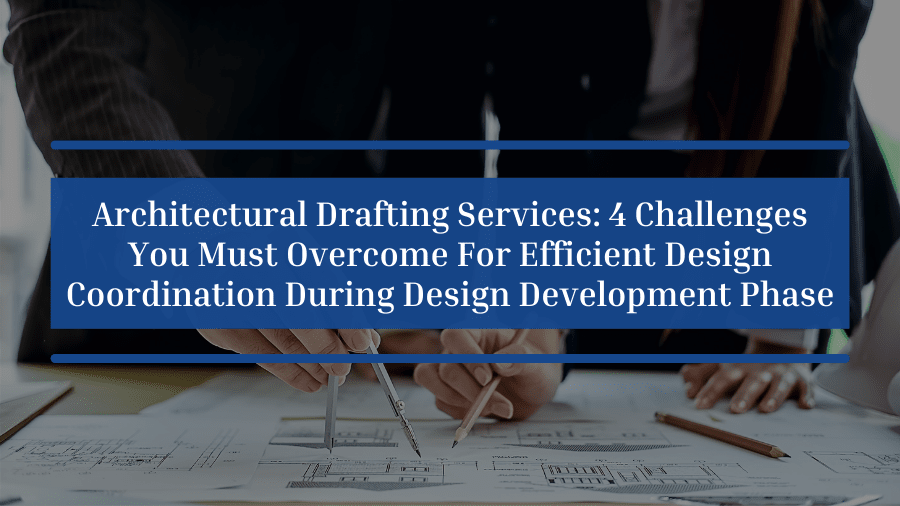 Top providers of Architectural Drafting Services constantly strive hard to produce functionally superior and aesthetically pleasing buildings on a regular basis. You would of course be interested in knowing how this seemingly impossible objective can be achieved.

Building Information Modeling or BIM promises to take the construction industry to the next level. There has been a marked difference in the performances of the projects where BIM is being used and where traditional methods are being employed, clearly showing the value of this process.

Enriched BIM models used by Architectural Drafting Services professionals facilitate greater inter-disciplinary coordination and collaboration for efficient and timely decision making. Following are some major challenges you face due to inefficient coordination during the design development stage of a project.

It becomes so necessary to avoid those countless reworks and material wastage that often result in budgeted overruns.

So many projects fail to take off due to different stakeholders not being able to access the required design data at the right time.

When you are not able to access the right information at critical stages, it results in unreliable decision-making. It gives rise to unwanted conflicts and stalls so many promising projects.

Lack of coordination among various stakeholders could give rise to inter-disciplinary conflicts, which if not sorted, can push deadlines behind and result in gross wastage of precious time, money and resources

So, how would you tackle these hurdles and make sure everything goes smoothly during the design development process? You can adopt modern techniques to ensure better coordination among various participants. Following are a few tips about how to achieve this objective.

You plan a building as per your client’s requirements keeping in perspective the functional efficiency and aesthetical appearance. It’s the responsibility of the engineers to make sure that the design provided by you is viable.

A detailed BIM model can be used to make sure there are no clashing elements between the layout of architects and engineers, pointing out possible problematic areas at an early stage itself so that viable solutions are found.

There is often an issue of materials and equipment not being available or right people not being there at the right spots. Detailed BIM models may be used to generate schedules, estimating the requirements and time slots to avoid this problem.

This would also give MEP contractors an exact idea at the time of planning where structural elements are placed to offer an efficient layout.

MEP contractors must be aware of an architect’s requirements so that there is no major deviation from the original scheme. For example, they cannot provide an Air-conditioning duct that makes the space look ugly.

It would be a disaster if they provide a cable where the architect is planning to place a classical object. They can be kept on the same page by using a detailed BIM model.

The massive responsibility of converting client’s dreams into functionally efficient, visually pleasing structures lies on the shoulders of the Architects and their Architectural Drafting Services team.

Identifying the main challenges in design coordination faced during the design development stage and finding effective ways to overcome them will enable you to produce timeless buildings time and again.

You cannot ensure flawless execution of a building project without handling various challenges in an efficient manner.

It often becomes a tough task for the Design Team to stick to the original design scheme and complete the project within the allotted timeline and budget due to a general lack of coordination among various stakeholders involved despite their individual brilliance and creativity.

“Design coordination during the design development phase” thus assumes great significance for the successful completion of a building project. 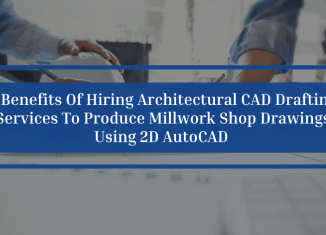 Jun 8, 2021
Millwork shop drawings help bring designers, manufacturers and architects on the same page for accurate designs and best use of floor space. The escalating construction...